The Lingo of Biking 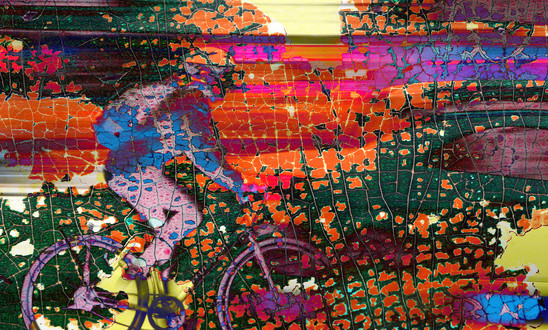 If you’re new to cycling there are a few terms you need to know. Learn and understand them to get a better workout and stay safe on your ride.

Apex: This is the sharpest point of a turn, where you transition from exiting to entering.

Balaclava: Keep one of these on hand during cold or wet rides. It’s a thin hood that covers your head and neck, protecting you from the elements.

Boot: A piece of material used to patch a hole in the tread from the inside. Without it the tube would push through, causing the tire to blow out.

Cadence: The amount of times a full pedal stroke is completed per minute.

Cassette: Also called freewheel, this is the cluster of gear cogs on the rear of the bike.

Chain Suck: When your chain gets stuck to the chain-ring teeth during a gear transition, causing it jam.

Door zone: The area next to a car door where a cyclist can get hit—or doored—if the driver opens it. This phenomenon is extremely dangerous and has injured and killed many bikers.

Downshift: To shift into a lower gear, similar to in a car.

Elastomer: A rubber-like material that compresses to absorb shock in suspension systems.

Fartlek: Used to increase speed and endurance, this technique allows for unstructured change in speed and intensity. This is similar to interval training, except intervals provide a more structured increase and decrease in intensity.

Fixed Gear:  Also called a fixie, this type of bike has a direct-drive setup, using only one chain-ring and one rear cog.

Idaho Stop: When cyclists treat a stop sign like a yield sign—this has been legal in Idaho since 1982.

Pinch Flat: If you ride too hard, two small holes will puncture the inside the tire from the tube being squeezed too tightly to the rim.

PSI: Unit of measure for air pressure. It stands for pounds per square inch.

Reach: This determines how far you should be from the handlebar—the measure of the bike’s top tube and stem.

Shoaling: When a group of cyclists are stopped at a red light and a cyclist moves in front of you, or another biker, because they believe they’re faster.

Singletrack: A narrow trail that only one bike can ride on at a time; this makes passing or riding side by side difficult.