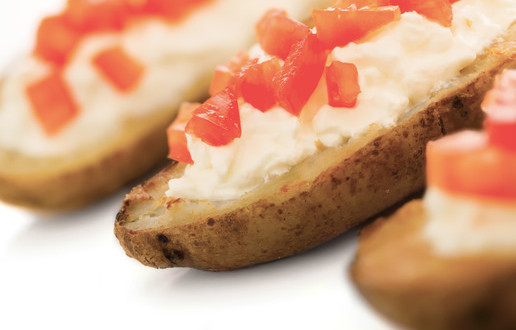 It’s game day, which also means that for most of us out there, it’s gorge-on-all-the-high-calorie-food-you-want-day. But does your waistline really have to suffer as you cheer your home team on? Of course not.

When you focus on switching up the cream based dips for protein fueled ones, and incorporate an ‘end zone’ mentality into your game day diet, you won’t have to make up for those extra pounds gained later. That’s because, you won’t gain any. Or at least, you won’t gain any when you follow, eat and enjoy these simple, low calorie recipes that will make you cheer not just for the winning touchdown, but for your winning health food fest!

Show your stuff – whether you’re a skilled chef like Guy Fieri or not (because when you serve up this dish, no one will be able to tell the difference!) This is a healthy spin on the already healthy but flavorful hummus dip. It’s great with baked pita chips, and it’s perfect when paired with an assortment of your favorite veggies.

Blend together one can of chick peas (otherwise known as garbanzo beans), a tablespoon of olive oil, a teaspoon of fresh lemon juice, two tablespoons of tahini, salt, pepper and cumin to taste.

Now it’s time to add your secret ingredient. Dice up bell peppers in accordance to your favorite team. Rooting for the San Francisco 49ers? Then make sure to dice up plenty of red bell peppers in your dip.

The classic seven layer dip is always a hit, but when you want to spare a few extra hundred calories, it’s easy to do and a perfect tailgating game day food. Swap out refried beans for black beans as the meat layer of your dish. Then add on low fat shredded cheese, lettuce, tomatoes, diced up fresh avocado, black olives and light sour cream. You’ll be an instant hit.

Potato Skins (Skinny and Just as Delicious as the Real Thing!) 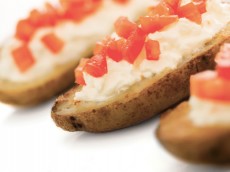 Enjoying some potato skins in a restaurant can set you back, well, over one thousand calories. But this recipe – a waistline friendly potato skin dish you’ll go crazy for – is the perfect way to entertain friends and family with a dish that gets their palate excited.

You’ll want to get these primed and cooked right before you leave for the game. However, they taste great warm or cooled off. All you need is a 6-12 baked potatoes, which you’ll want to cut lengthwise and brush with olive oil.

Add some salt and pepper to them and cook for about 40 minutes. As its cooking, cook up some ground turkey meat and in another pan, cook a package of turkey bacon, or low sodium bacon. Then mix up a cup of low fat sour cream, half a cup of nonfat greek yogurt and garlic salt.

Slice off most of the cooked potato, and pour on the sour cream mixture, cooked turkey bacon, ground turkey meat, tomatoes, some low fat shredded cheese, and avocado. It’s a crowd pleaser each and every time!

Game day doesn’t have to be a day to abandon your diet. If anything, it’s the perfect opportunity to bring healthy and delicious tailgating snacks to the ones you love!