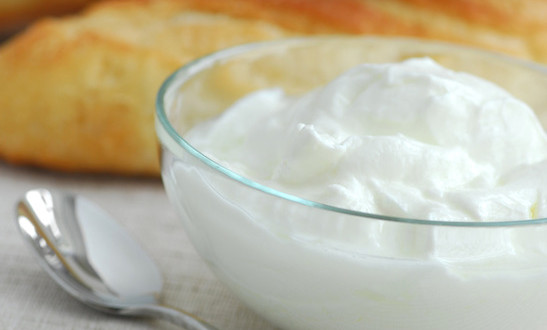 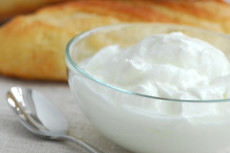 Hype surrounds Greek yogurt. You can’t go to a grocery store without seeing what seems like a thousand different types and flavors of the high-protein treat. What ever happened to plain yogurt? It’s still there, but it has definitely taken a back seat to the more popular Greek variety. Yogurt has always been a healthy snack, but since Greek yogurt has grown exponentially in popularity, being talked about on news programs, in fitness magazines, and promoted as one of the best forms of snacking between meals, is it worth all the fuss? What’s better when you compare plain yogurt against Greek yogurt?

Most Yogurt Is Healthy. Both forms of yogurt are low in calories, and because they are milk-based have a lot of calcium. They also contain healthy bacteria, making them a probiotic. For these reasons alone, yogurt has been considered part of a healthy diet for a long time. You have to pay attention to the fat content of your choice. Low-fat options do exist, and these are always healthier. Some yogurts have added sugars apart from the fruit that is added for taste.

Not All Yogurt Is Created Equal. The craze around Greek yogurt comes from the major differences between the two. Greek yogurt is strained three times instead of two (like plain yogurt). For this reason the consistency is much thicker, as more whey has been removed. Even though it has less whey, it has almost two times as much protein. If you eat an eight ounce serving, you can expect 20 grams of protein! That’s a lot! Regular yogurt has 9-13 grams.

The carbs are lower in Greek yogurt, but the calcium is higher in regular. Greek yogurt can boast a whopping nutritional stat of half the sodium – great for those told to keep the sodium intake low.

Calorie amounts are very similar, but again it depends on the amount of sugar added. Because Greek yogurt is deemed healthier, and rightfully so, it has much less sugar (about half), because more of the lactose has been removed through the extra straining. Generally speaking, yogurt has a more tart taste, so fruit and sugar is added. Just pay attention to the ingredients and you can find a great flavor and brand with little to no added sugar.

One of the only bad nutritional stats going against Greek yogurt is the fat content. Look for the low-fat or fat-free choices, or else you could be looking at most of your daily saturated fat in one serving. Plain yogurt in the full-fat form has much less fat than the full-fat forms of Greek yogurt. The saving grace for Greek yogurt is that you can use the fat-free form in cooking much better than you can plain yogurt, so you can substitute it when a recipe calls for fatty food like sour cream or heavy whipping cream.

So What’s Better? It’s hard to argue against Greek yogurt trumping plain yogurt in just about every nutritional stat. The true test will be your taste buds. Look for low-fat flavors without added sugar and find a couple to try out.