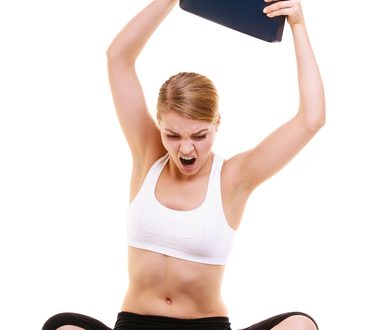 It just doesn’t make sense. You are doing everything you can think of to drop pounds and, still, they keep hanging on. Maybe you’re even gaining weight. Get that scale going down by dodging these four common pitfalls.

You aren’t getting enough protein
In an article titled, the role of protein in weight management, researcher M. Noakes writes that [s]tudies comparing ad libitun (roughly translated, as desired) high protein diets to high carbohydrate diets have usually shown greater weight loss on the high protein pattern and that enhanced satiety was the most important factor in the weight loss. If you’re skimping on the protein, you’re skipping mega weight loss benefits. High-protein foods use more energy for digestion, which means you burn more calories processing them. They also take longer to leave your stomach. That means you’ll feel full for a longer period of time than you would with carbs, so you’ll eat less. Fewer calories in means fewer calories to burn off and better weight loss outcomes.

You are eating more than you think 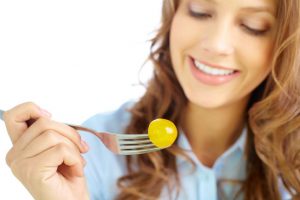 It is wishful thinking that only the calories you eat from a plate or during meals count. Sorry, but that just isn’t true. Every morsel, including the pinch of cake from the break room or the last bite of your kid’s snack counts. Avoid mindless eating because the calories will add up quickly. Also, avoid eating directly from bags or large plates. Both practically guarantee that you will eat more than you intended.

You aren’t burning as many calories as you think
Thirty minutes on the treadmill is a great workout. The trouble is many of us overestimate how great it actually is. Depending on your weight and level of exertion you might burn between 135 and 200 calories. That isn’t really a lot when you consider that an Egg McMuffin has 288 calories. A great workout is a popular excuse to overeat. In part because we think we have earned it and also because we may be hungrier. Don’t undo your good work. Plan ahead and pack a post workout snack of protein and carbs. Together they will help you build more muscle (which burns more calories than fat), restore energy and keep your appetite in check.

You’re a couch potato…even though you exercise
Sure, exercise counts when it comes to weight loss but alone it isn’t enough. Think about it. Each day has 24 hours. You probably exercise 1.5 to 2 hours each week. What are you doing with the rest of your time? If you’re like most of us, chances are you are sitting. A successful weight loss plan requires all day movement to ramp up the metabolism and burn more calories. Boost the burn with an afternoon walk; take the stairs, do calf raises during phone calls or squats while you brush your teeth. All movements count (even fidgeting) so your job is to get more of them in – don’t just sit there!

If the scale isn’t budging don’t give up. Try the tips above and look for others clues to success. Maybe you feel less stressed or your blood pressure is better controlled. Maybe on a scale of 1 to 10 you would now rate your depression as a four instead of an eight. With regular exercise success is so much more than a smaller waistline – it is a better you overall.