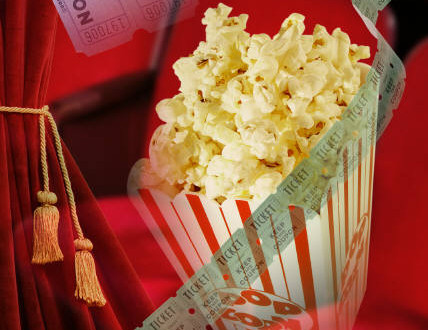 Movies often offer great inspiration. They remain a tremendous temporary escape from reality and take us to a place of immense imagination. When a movie moves you, it is rarely forgotten and the lasting impression can be good motivation to either be more confident, more inspiring, or more heroic. 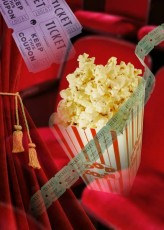 Throughout the years there has been no shortage of fitness motivations from movies. As you become lost in the story, scenery or special effects of a great film, the hero (and sometimes villain) often presents as an awesome catalyst for fitness. How else could someone save the World if they were not in great shape? Of course, it is possible to save the world with strength of character and love, but the actors we see before us on the big screen encourage us to strive for a stronger, fitter body.

There is nothing wrong with seeing a shining example of physical fitness and wanting to look that way yourself. It’s human nature to want to look and feel your best, and if movies can be the fitness motivation you need, by all means use it! You deserve to be fitter and stronger, not just for vanity’s sake, but for your health.

Here are some examples of fitness motivations from movies. Keep in mind that these actors and actresses worked extremely hard to look this way. Reaching your goals will only come once you dedicate yourself and commit to a consistent workout routine.

Gerard Butler 300 – The King of Sparta spared no expense in training for this movie. He took on a warrior’s mentality and trained for 4 straight months for the flick.

Ryan Reynolds Blade: Trinity – Reynolds was already in good shape, so spending 6 months with weapons and strength training for the final Blade film took him to another level. He adopted a high-protein diet to compensate for all the workouts a

nd ate between 6-8 evenly spread out meals a day.

Chris Evans Captain America – Evans got so buffed-up for this role, the director had to use a body double for pre-Captain America. Evans face was placed on the body using the same special effects used for the twins in The Social Network. His workout was geared toward muscle mass. Like Ryan Reynolds, he was already in good shape (see The Fantastic Four).

Let’s not forget the ladies! These ladies consistently train hard for their roles:

Natalie Portman Black Swan – She may have won the Oscar for her acting, but she trained hard. She lost over 20 pounds for the role (did she have it to lose?) and trained for 6 months in ballet perfecting routines. 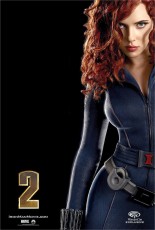 Kate Beckinsale Underworld – The British actress trained 4 to 5 times per week for her role in the series. Her trainer strategically had her focus on cardio, strength training and core work. Unlike Portman, she was able to maintain here curves while staying in great shape.

Scarlett Johansson Iron Man 2 – For her role in the 2nd Iron Man film (she also kicked butt in The Avengers), her trainer did a good job of mixing up her routines. She engaged in a lot of balance, core and conditioning work. Strength training was also a big part of her routine.

These examples of fitness motivations from movies should be a big boost to your fitness regimen. These actors did not transform their bodies without hard work, but in the end, the payoff is well worth the effort. Hopefully you have a good grasp of what it takes to look and feel your best, but the most important factor is, and will remain, your health. Make an effort to be as healthy as you can be, and the aesthetic part of your appearance will come. Maybe you’ll find yourself looking like some of the above actors?