Why Does My Weight Fluctuate From Day to Day? 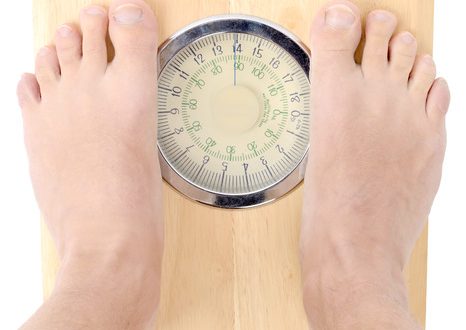 If you’re trying to lose weight and weighing yourself once a day, then you’ll without a doubt find yourself racked with confusion, frustration and disappointment. That’s because your body will fluctuate in weight from day to day—even when you are staying within your strict calorie intake plan, and even when you’re killing it at spin class. Here’s why weight fluctuation happens, and how to stay on track.
You’ve Consumed a Heavy Meal
No matter how well they know that their weight fluctuates, some people still insist on weighing themselves after dinner—even when they’ve just consumed a heavy meal of enchiladas and guacamole and chips! The truth is, everything affects your weight—drinking a beer, downing a delicious enchilada meal, even having a bowel movement. It all affects your weight, which becomes noticeable when you step on that scale. 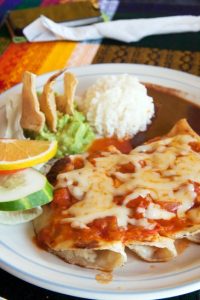 So, in order to save your sanity, only weigh yourself at reasonable times. Instead of weighing yourself after a brunch out with your friends, or right after a delicious dinner, weigh yourself first thing in the morning—and consistently. That way you’re dealing with the same circumstances, instead of varying factors such as food, beverages or even dehydration that can get in the way of an accurate weighing.
You’ve Increased Your Physical Activity
If you wonder why on Earth you’re weighing lighter on some days, while other days you’ve just gained two or three pounds, you should probably consider your amount of exercise. If you’re sticking to unprocessed foods one day (and getting a high intensity workout in, causing you to burn 900 pounds), you will weight differently than the next day, in which you didn’t exercise. You can’t always get a hard core workout in—and that’s totally normal, but so is weight fluctuation.
Instead of compulsively weighing yourself every single day, the most important thing to remember is everyone experiences fluctuation in their weight.  A higher salt intake, alcohol, hormonal changes and even water retention can cause your weight to fluctuate. Don’t stress about the number on the scale. Instead, just commit to weighing yourself once a week, and determine your real progress by the way your clothes fit.
As long as you commit to healthy, nutritious meals, plenty of high quality sleep each night and exercise, you’ll get to the weight you desire. Your clothes will begin to fit better, and your body will change—which is the real indicator that you’re on the pathway to success.