What’s the Big Deal About No Shave November? 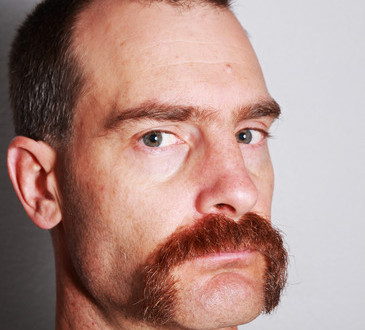 Those awesome Australians—they know how to add an element of fun to charity awareness! In, 2004, thirty of them decided to grow a moustache in support of prostate cancer, and nine years later, their organization, the Movember Foundation Charity, has raised 299 million dollars.

If the month of October is dedicated to the awareness of breast cancer, then November is all about bringing prostate cancer awareness to the minds of men (and the women that love them) everywhere! So, listen up guys: no matter what your race or ethnicity, prostate cancer is the most common cancer of all. It’s time to increase your education, and get tested early.

Show your support, and spread the word by grabbing your razor, and starting November with that clean shaven look (that your girlfriend loves and your mom is always begging you to go back to!) Then, grow the manliest, handsomest, or most ridiculous mustache ever! Here are some fun ways to get in your No Shave November/Movember mood the right way, the ‘spread the awareness’ way!

Pick Out Your Favorite Moustache (and Get Into the Mood!) 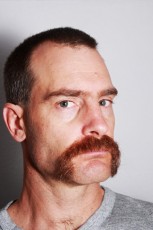 Ok—this day isn’t just about supporting those who have gone through prostate cancer (and lived to tell you about it), or strangers in your community that you want to help increase awareness for—it’s about really getting into the spirit of being a guy. So, grow it! The No Shave November man who really supports prostate cancer awareness is thinking ahead—what ridiculous, outlandish, off the wall moustache can I pull off? Think: Which one will allow me to look in the mirror, and take on a whole new…me?

That’s right, do it. Grow that Geraldo-esque moustache, or a Jack Sparrow one. Give yourself a just-barely-there Justin Beiber ‘stache, or a short and straight traveling sales man look.  Let people know that you’re not just into looking awesome (as you snicker at your Johnny Depp moustache) but you’re serious about spreading the word (as you tweak your trucker look.) You mean business. And you want to make it known that you—like so many other people in the world—want a cure for the most common cancer in men.

When it comes to the month of November and showing your support, there’s no such thing as too much of a good thing! Throw a party to help your town, community or city raise money for the Movember Foundation Charity by rounding up the male volunteers in your area and putting them on stage with a moustache contest. You can help get the women of your community involved too, by face-painting at the party, and drawing their favorite type of moustache on them—it’s fun, it will get everyone excited about spreading the word, and just one party—has the potential to save a life through early detection.

The month of November is the time to let your creativity go, get educated about prostate cancer and to help the men of the world get tested as early as possible. So keep that razor on you at all times, because you’ll never know when your new ‘stache needs your undivided attention!