What Age Should Athletes Start Lifting? 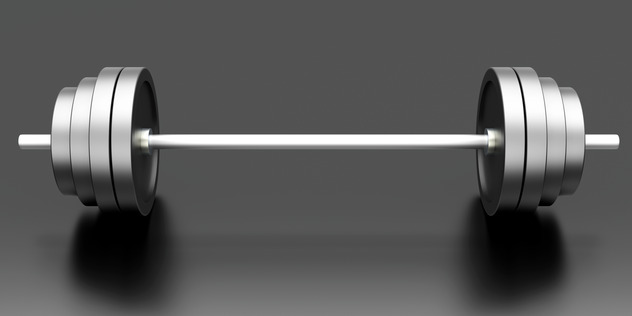 Some controversy has always surrounded the question, “What age should athletes start lifting?” Medical and scientific aficionados have always stressed the importance of proper program design, instruction, and adherence for young athletes. The controversies that arose around the idea of strength training for children undoubtedly came to be from improper instruction, lack of supervision, and improper program design. Injuries and misconceptions became abundant and parents began blaming coaches, and it was a large mess. To some degree these controversies were reality almost everywhere, but they were plenty of instances where the properly instructed adult was able, and is still able, to properly instruct a child in weight lifting.

The truth is once a child can lift a weight and perform at least 6 repetitions, he or she is at an age where it is safe to lift weights. All children mature and progress at different rates. Because of this parents and coaches need to pay close attention to the abilities and maturation of their child. Children begin playing sports at very young ages, especially in the 21st Century. Parents are growing increasingly competitive and urging their children to thrive in a sport the parent wants to relive vicariously. Bad parenting aside, when these children are playing sports, they can also include weight training as part of their athletic regimen.

It’s important to note that young athletes can start lifting weights, but you have to keep in mind how their body will react at certain ages. Prepubescent children will not see large muscle mass growth like those of older teenagers. The size of the muscle may not grow by leaps and bounds, but the functional abilities of the nervous system will be improved. This is necessary for growing athletes. As children go through growth spurts, their motor sills are significantly diminished, so it’s important to keep them jumping, running, playing, and yes, even engaging in some properly-taught resistance training.

When young athletes lift weights, they can expect to see similar results as those of adults, such as: 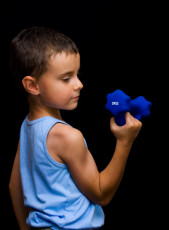 The main difference between younger children and older teenagers or adults is in muscular hypertrophy. But even though the muscle don’t seem to be getting larger or defined, doesn’t mean they aren’t getting stronger and more efficient.

Generally speaking you don’t want to start a child younger than 7 on a heavy workout routine. Calisthenics and light weights will be a great start here as they learn the basics of movement and playing games. From 8-10 the child, based on their maturation, can gradually progress with proper technique. As age increases, so can the loads. Pay close attention to growth spurts and see if you can notice differences in motor skills. If a child all of a sudden can’t hit a pitch to save his life, try heading to the gym and getting some workouts in until the motor skills return to form. Every child will respond slightly differently, but it is perfectly safe for a child to lift weights as long as he or she is properly taught, monitored, and encouraged to keep going.