Regular exercise helps you look and feel young as you age 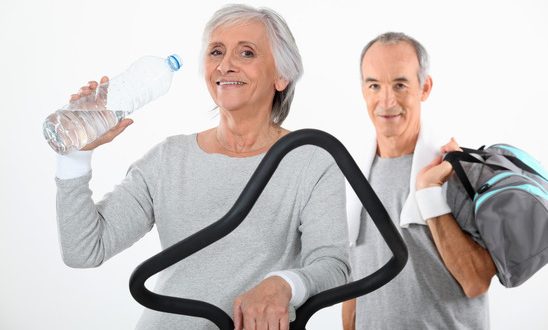 Think old equals frail? Well, think again. Researchers have found that regular exercise produces bodies that are physiologically younger than their chronological years. Regular exercisers also have more youthful skin and better mobility with aging. When it comes right down to it, exercise isn’t just about looking great at the beach. It is really about living well into the golden years. Here are just a few of the ways exercise helps you stay young. 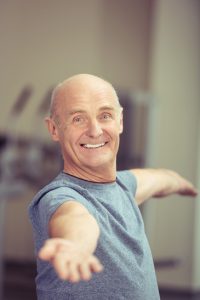 Keep that dewy glow
A New York Times article titled, Younger Skin Through Exercise says that not only does exercise keep skin looking younger, it also reverses skin aging. Researchers do not fully understand how exercise changes skin structure, but they are certain it does. Keep using sunscreen though, you want to reduce your risk of skin cancer and exercise does not reverse sun damage.

Prevent age related muscle loss
A fall or broken hip does not have to be in your future. Exercise increases functional mobility as well as bone density. What’s more, exercise helps you have more energy. Since we know it is true that you use it or lose it, staying active is important for healthy aging. That’s because the more you do regularly, the more you will be able to do over the long-term.

Finally, in another study published by the Journal of Physiology, researchers from King’s College London and the University of Birmingham in England reported that an active study group of men and women between the ages of 55 and 79 favorably compared with younger study participants in measures of balance, metabolic health, memory and reflexes. Researchers concluded that aging looks different among the active. What does all of this mean? The closest you can come to a fountain of youth is regular exercise. Healthy aging can be as simple as adding any workout routine that feels fun and gets your heart rate up.