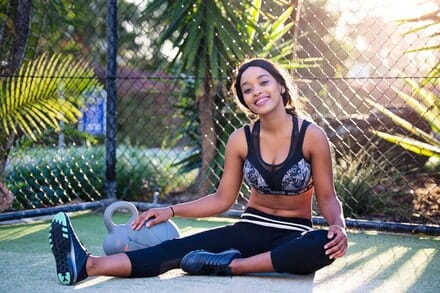 The verdict is in. While you may be tempted to crash on the couch, exercise is a research backed way to up your energy.

Tara Parker-Pope reported in a New York Times article titled, The Cure for Exhaustion? More Exercise, University of Georgia researchers found that exercise does fight fatigue. Researchers assigned 36 participants with persistent fatigue to complete 20-minutes of moderate intensity exercise, three-times weekly for six weeks. A second group was asked to complete low intensity exercise, also for 20-minutes, three times weekly. The third group did not exercise.  Researchers found that both active groups had more energy than the non-active group. But, surprisingly, the low-intensity exercises had the biggest energy boost. The takeaway? Something as easy walking regularly can help you have more energy.

Researchers don’t know exactly why exercise fights fatigue. They have speculated that the benefits are connected to the central nervous system. What’s more, the value of exercise for reducing fatigue are, overall, greater than caffeine or energy drinks.

Make it work for you

Go for low-intensity exercise to boost energy. As mentioned earlier, walking is a good option, as is yoga, Pilates, Tai Chi and some strength training. These produce what is called calm energy. It aids in mitochondrial production to fight fatigue. Avoid overexerting yourself when using exercise as a way of fighting fatigue.

You can derive benefits with just 15 to 20 minutes of regular exercise. When it’s tough to get going, just start wherever you are. Maybe that means you walk for ten minutes. In time, 20 may feel more manageable.

Dehydration, poor sleep and inadequate nutrition can also rob you of energy. Set yourself up for success by drinking water throughout the day. Include a good mix of protein and complex carbs for sustainable energy. Avoid caffeine if it interferes with your sleep and aim for 7 to 8 hours most nights. This plan will also be helpful if anxiety or stress have been keeping you up at night. You can break the cycle of stress induced insomnia and fatigue with exercise. Regular exercise has also been shown to reduce anxiety. You will likely sleep better at night and have less anxiety during the day.

You may be tempted to head for the couch when you’re tired. Take a short stroll instead. You will find in time that you have more energy to do the things that matter. Get ready to say goodbye to your couch potato days.