Fact or Fiction: Every Hour of Running Gives You an Extra 7 Hours of Life 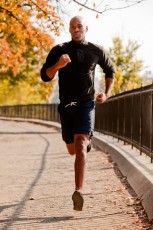 If you’re already an avid runner, you may already be aware of the benefits it offers you: mental health, a lean frame, and a fantastic way to relieve stress. If you’re just beginning a runner’s workout, you know that along with the benefits, it’s also a challenge to reach your goals. Here’s another runner’s tidbit to think about: every hour of running may add another 7 hours to your life! Truth or fiction? Let’s find out!

Adding Time to Your Life Cycle: The Myth or the Truth?

In April of 2017, a group of scientists at Iowa State University claimed that each hour of running will give you an extra seven hours of your life. In addition, a 2014 study published by the Journal of the American College of Cardiology discovered that running for a minimum period of time (5-10 minutes per day) has been linked to reducing risk of cardiovascular disease and death. Running doesn’t allow you to become immortal, but according to his findings, two hours of running per week would equal to an additional life expectancy of 3.2 years. 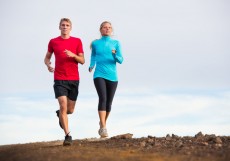 This study was conducted on runners (not excluding smokers or those who were overweight), compared to non-runners. “The gains in life expectancy are capped at around three extra years, he says, however much people run.” The good news? You don’t have to ‘run’ yourself to the ground, literally or metaphorically. You can simply add a few hours’ worth of running to your weekly workout routine, and if this study is correct, reap the longer lifespan benefits it offers!

What We Know For Sure About Running

Whether or not the new study’s finding is true, there’s no doubt about it: running is an excellent form of exercise. Running boosts your heart rate, so you begin to burn fat and increase your endurance simultaneously. It’s also a great way to increase your self-confidence—what better way to feel proud of yourself than seeing the changes in your body after a few weeks of running? Studies have also linked running to reducing your risk of certain diseases, including: diabetes and breast cancer.

If you’re brand new to running, take it slow. Start off with 20-30 minutes of running just a few times a week and work your way up. No matter how fast or slow, long or short your run is, you could be increasing your life span, boosting your confidence and releasing stress. That’s worth running for!