Does Exercise Make You Mentally Smarter?

Have you ever wanted to learn a foreign language, but struggled at your lack of retention? Are you a horrible test taker, but want to go for your Masters? Do you simply want to be able to recall acquaintances names after meeting them, but as it has always been, their names go in one ear and out the other? Ouch. That’s embarrassing.  However, good news is coming your way – studies show that regular exercise doesn’t just boost your confidence and jet set your happiness. As it turns out, it boosts your brainpower, too. 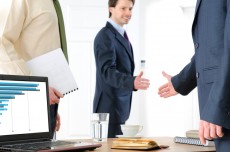 Sure, landing that promotion with flying colors or acing your upcoming bar exam takes hard work, dedication and rounds of sleep deprivation to prove your worth. However, throw in a few rounds of weekly exercise – squats, bike riding, shoulder presses and Yoga – and you’re likely to generate more focus, stamina, concentration and productivity than what your hard work and dedication can give you alone.

Exercise regularly – just thirty minute sessions a few times a week will do it – and you’ll work smarter (not harder) to land that promotion, gain that raise, pass that exam or just take your productivity to new heights.  Exercise consistently over time, and you’ll take your memory, ability to learn and mental focus to new heights – sky high heights.

Exercise is the New Brainpower Drug

Everyone knows that when you get moving – whether it’s a walk in your neighborhood, or alongside your favorite cardio instructor – your blood starts pumping, your circulation improves and the pounds start dropping. But also – and just as important for your life—is the brainpower effect.  How exactly can it affect the way you learn and how much you retain? With exercise, the results are powerfully limitless. 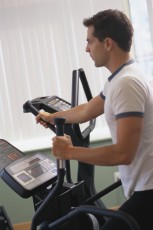 What group performed at the highest, most productive state? The men that exercised daily. This study group didn’t run themselves to death until they passed out; they simply exercised at a comfortable level and intensity, but the result was this: after four weeks of consistent exercise, they boosted up the levels of BDNF (a protein in your genes that is responsible for memory and learning.)

The key thing to remember is this: You don’t have to be a professional soccer player, or a personal trainer to reap the benefits of a sharper, brainier self. You don’t have to wear yourself down to the ground huffing and puffing on the treadmill. You simply have to move as much as you can through your workday (take a ten minute break once an hour, by walking around the office a few times) and exercising in a fun, exhilarating way for three times a week, at thirty minutes each.

So get moving! As a result of your dedication, your career will thank you for it!